US Under Secretary of Defence visits Iraq for talks on counterterror, security 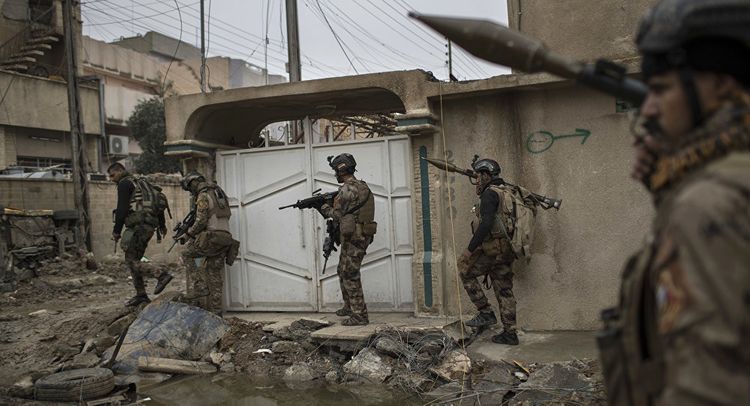 US Under Secretary of Defence John Rood visited Iraq on Tuesday to meet with senior officials in Baghdad and Erbil for talks on regional security, fighting terrorism and other issues, Pentagon spokesperson Carla Gleason said in a statement, APA reports citing Sputnik.

"In Baghdad, Rood met with Prime Minister [Adel] Abd-al-Mahdi to reiterate the United States’ commitment to Iraq’s security and sovereignty, and its support to the people of Iraq," Gleason said.

Rood also met with Iraq's Defence Minister Najah al-Shammary and reaffirmed the importance of cooperation in the fight against the Daesh* terrorist group, the Pentagon spokesperson added.