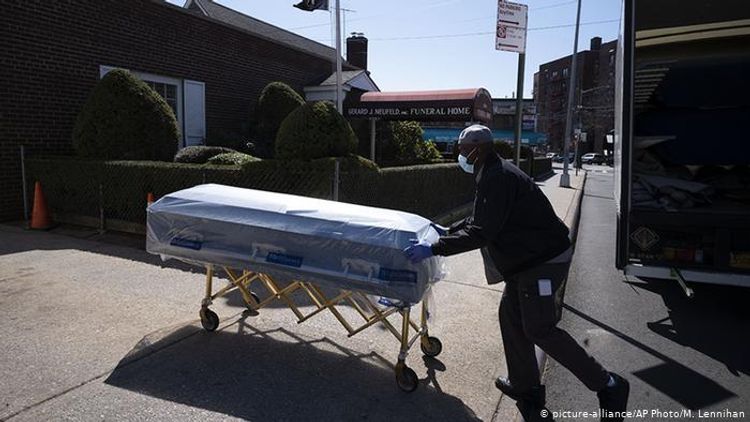 The death toll from the new coronavirus in the U.S. pushed past the 2,000 mark Saturday, according to data by Johns Hopkins University, APA reports citing Anadolu.

Most deaths were reported in New York state that had 725, with New York City the epicenter where 672 deaths have been recorded.

The first U.S. death was Feb. 29 in Washington state. A total of 136 people have died there, followed by New Jersey with 86.

Earlier in the day, officials in the state of Illinois reported the first death of an infant from the pandemic. The younger than one-year-old baby in Chicago tested positive for virus known as COVID-19.

Also, U.S. President Donald Trump signed a gargantuan $2.2 trillion stimulus package into law meant to blunt the economic fallout of the outbreak, saying it is "the single biggest economic relief package in American History – twice as large as any relief bill ever enacted."

"This bill will deliver urgently-needed relief for our nation’s families, workers, and businesses," Trump said on Twitter shortly after signing the bipartisan legislation.

Although the U.S. has more coronavirus cases than any other country, Italy has the most deaths with 10,023.

The Maryland-based university's data showed worldwide infections neared the 665,000 mark with more than 30,000 deaths. Greater than 138,000 have recovered from infections.

After first appearing in Wuhan, China in December, the virus known as COVID-19, has spread to 177 countries and regions.