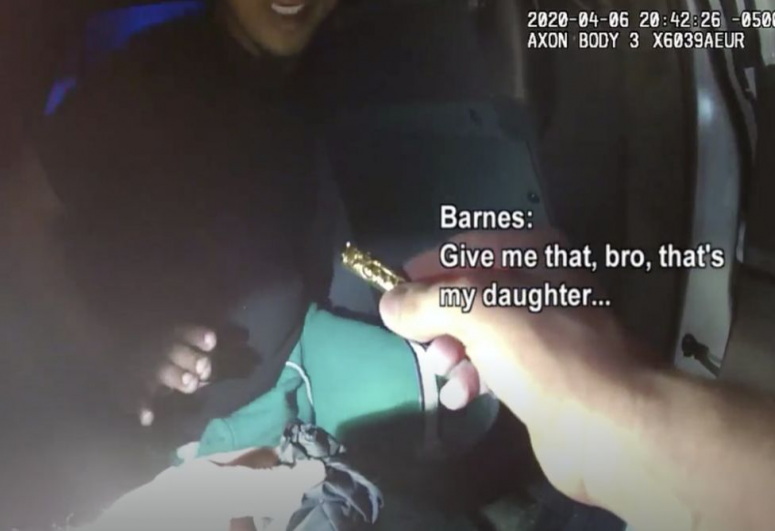 An Illinois man is suing the city of Springfield, alleging police unlawfully took an urn with his daughter's ashes and said it tested positive for meth, APA reports citing BBC.

New body camera footage shows Dartavius Barnes handcuffed and upset as the officers take the urn from his car during a traffic stop on 6 April 2020.

In his lawsuit, Mr Barnes said police "desecrated" the ashes of his two-year-old daughter, who died in 2019.

Police have denied wrongdoing, according to court documents.

Mr Barnes filed the lawsuit against the city and officers involved in October. He alleges that the officers unlawfully seized the sealed urn containing his daughter Ta'Naja's ashes, opened it and spilled some of the ashes while testing it for drugs.

Ta'Naja died of neglect and starvation in February 2019. Her mother, Twanka Davis, was sentenced to 20 years in prison after pleading guilty to first-degree murder.

In a court filing, lawyers for the officers said that the police "were acting within the scope of their employment and under colour of law".

"Defendants are entitled to qualified immunity as their conduct was justified by an objectively reasonable belief that it was lawful," the documents said.

Qualified immunity is a legal doctrine that protects government employees, including police, from lawsuits stemming from decisions made while on the job.