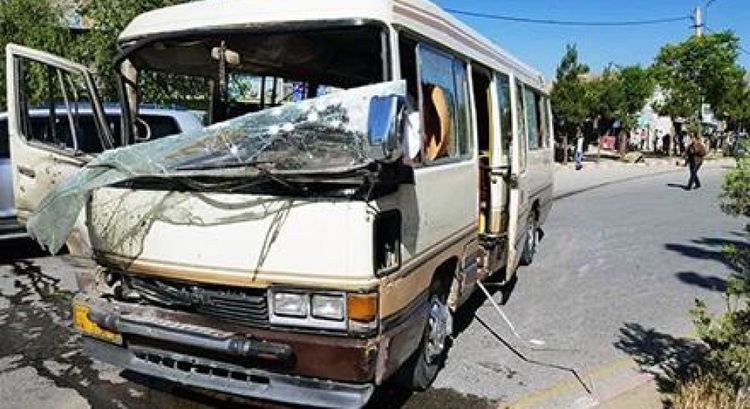 At least one person was killed and three more were wounded in a roadside bomb blast that targeted a bus carrying health workers from the Ministry of Public Health in Kalakan district north of the city of Kabul on Wednesday morning, a local official said, APA reports citing TOLO News.

The health workers who were heading to their office in the central province of Panjshir, the district governor of Kalakan, Abdul Ghafoor Popalzai said.

But eyewitnesses said that one person was killed and 10 more were wounded in the blast.

No group has claimed responsibility for the blast so far.