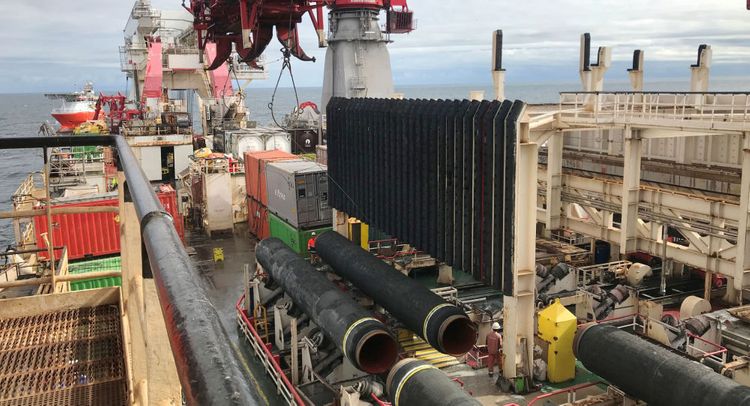 Russia will find a solution to the situation that has emerged around the Nord Stream 2 pipeline in light of Washington's sanctions, through close cooperation with Europe, Deputy Prime Minister Dmitry Kozak has said in an interview, APA reports citing Sputnik.

"We are sure that we will solve this problem and reach compromise in cooperation with European countries, with the European Union", the official said when asked about the prospects of the pipeline for transporting Russian gas to Europe.

"The pressure is likely to grow, but the capacities of this pressure are not unlimited, taking into consideration the position of the key EU member states that are interested in having the necessary level of energy security", Kozak added, when asked whether the US pressure on the Nord Stream 2 will continue growing.

Following Washington's call on all the engaged companies to suspend construction-related activities, Swiss company Allseas has already suspended work on laying the pipeline. Moscow has pledged to complete construction anyway, adding that the US moves will not remain without a response.

The statement comes after the US introduced sanctions against the pipeline, claiming the project poses danger to European security. Berlin, however, slammed this decision as "interference in [Germany's] domestic affairs".

The American authorities repeatedly criticised Germany and other European countries for purchasing Russian gas, also urging them to buy liquefied natural gas (LNG) from the US, despite the latter being considerably more expensive