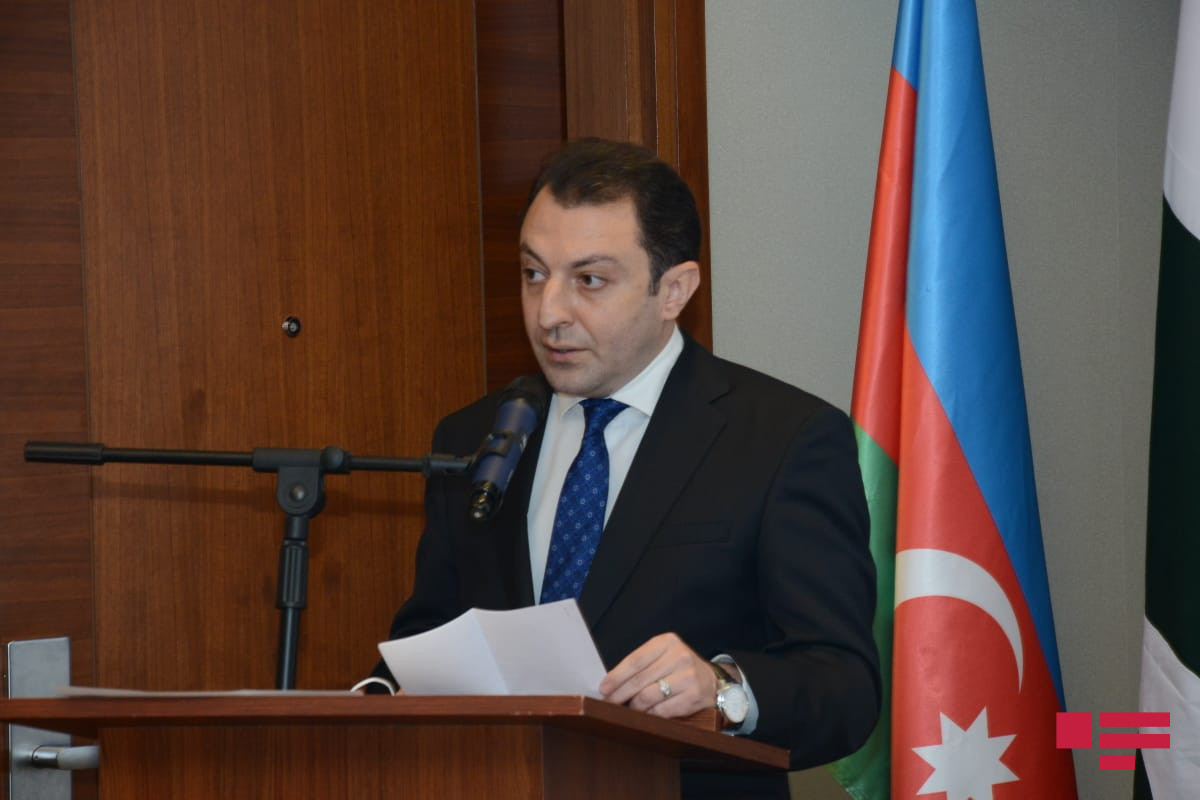 "We saw the support of Pakistani government and people in the Patriotic War, we highly appreciate it," said Deputy Minister of Foreign Affairs Elnur Mammadov, APA reports.

Deputy Minister noted that Armenia destroyed all infrastructure in these territories during the occupation of 30 years, hundreds of thousands of houses, hundreds of hospitals, schools, and other infrastructure were destroyed: "Azerbaijani government allocated AZN 2.2 bln. for the reconstruction of these areas during just this year. We will revive these territories, internally-displaced people will return their home."

E. Mammadov brought to the attention that the Azerbaijani President invited companies of friendly countries also to participate in the reconstruction process: "We will be glad to see Pakistani companies in the process."

Deputy Minister said that establishment of "smart cities" and "smart villages" in the territories liberated from occupation has been started: "Residents are expected to be settled in the "smart village" in Zangilan soon - in January of the next year. At the same time, we are constructing international airports in these territories. As you know, the construction of an airport in Fuzuli is underway. The airport is expected to be opened on September 5 this year."