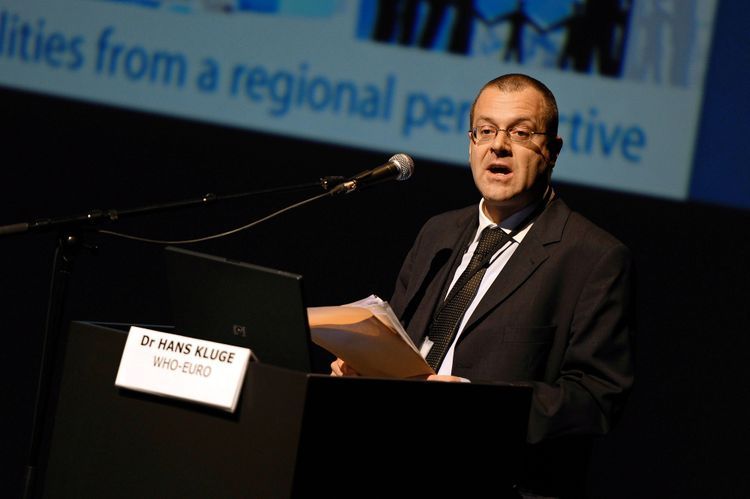 "In the last two months, new cases have been steadily increasing every week in the European Region", said Hans Kluge, WHO Regional Director for Europe at a press conference, APA reports.

The risk of resurgence has never been far away. In the last two months, new cases have been steadily increasing every week in the Region. There were 40,000 more cases in the first week of August, compared to the first week of June, when cases were at their lowest.

Every day now the European Region reports an average of over 26,000 new COVID19 cases. This is due in part to the relaxation of public health and social measures, where authorities have been easing some of the restrictions and people have been dropping their guard.

The good news is that we now know much more about the transmissions of this virus, and in particular how it is spread indoors in poorly ventilated settings, and especially where large numbers of people are coming together and speaking loudly or singing

The challenge is that localized outbreaks and clusters are now occurring with greater frequency, often in closed settings, such as work places and care homes, or linked to specific events, social gatherings, communities, food production and other industrial facilities and travel.

Recent outbreaks among vulnerable groups such as migrants and refugees illustrate how we cannot leave anyone behind. The virus increases inequalities", noted Hans Kluge.

WHO official said that right public health measures should be adopted to enable the safe return to school, manage the approaching influenza season, sustain our economies, and address the increased health risks to older people at this time of year.