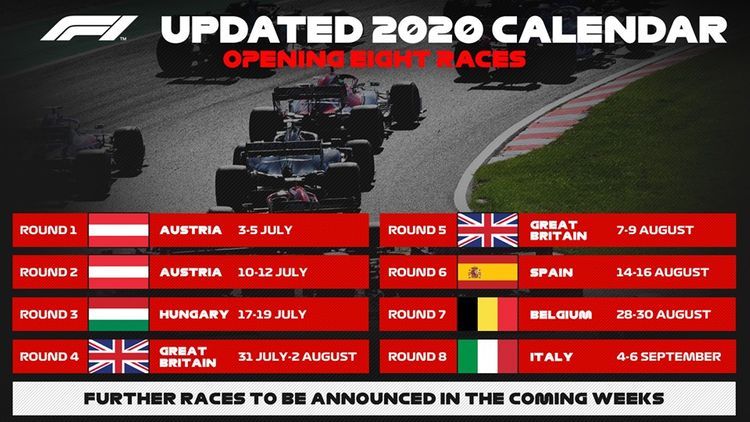 The date of implementation of the 8th stage of the world championship in Formula-1 has been confirmed, Apasport.az website reports citing the information disseminated by the race organizers.

The report says the official decision regarding other stages of this year’s season of the world championship will be disclosed in the upcoming days. 4 out of the competitions with clarified dates of implementation will be hosted by Austria and the United Kingdom.

Note that there is not yet an official decision regarding the Azerbaijan Grand Prix.