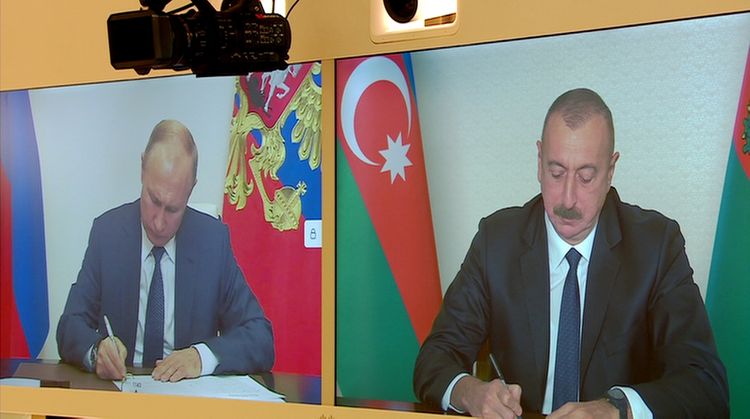 I hope very much that the decision set out in our joint statement will not only put an end to the many years of confrontation between Armenia and Azerbaijan, not only put an end to bloodshed on this land, but also create reliable mechanisms to exercise control over the agreements we have reached in our statement today. But most importantly, it will create favorable conditions for a long-term historical future, for the development of relations in the region, first of all, friendly relations between the Republic of Azerbaijan and Armenia in the interests of both the Azerbaijani and Armenian peoples. Thank you.

President Ilham Aliyev: Thank you, dear Vladimir Vladimirovich. For my part, I would like to say that I am very glad that an end is being put to the long-term conflict between Armenia and Azerbaijan today, an end is being put to the occupation of Azerbaijani lands by an agreement on important positions that has taken more than one hour and, in general, more than one day. We have reached a settlement that I believe meets the interests of the peoples of Azerbaijan, Armenia and countries of the region. I must say that the military-political settlement of the conflict we are now seeing will, I am sure, lead to long-term peace and accord in our region and put an end to confrontation and bloodshed.

The Armenia-Azerbaijan Nagorno-Karabakh conflict is one of the longest-running conflicts in our region, in Eurasia, and the fact that it is coming to an end today is a historic event. It is a historic event first of all for the people of Azerbaijan, which are finally getting rid of the many years of occupation. It is also a triumph of the norms and principles of international law, the implementation of UN Security Council resolutions, which, unfortunately, remained on paper for a long time.

Vladimir Vladimirovich, I would like to express my gratitude to you for your active participation in the settlement of process in previous years, especially during the hot phase of the conflict. And the fact that the three leaders of the countries are signing this document today speaks volumes of the special role of the Russian Federation in the settlement of this conflict. And I am sure that the role of the Russian Federation in further activities in the region, including the overcoming of the consequences of the conflict and the normalization of relations between Azerbaijan and Armenia, will also be significant.

I would also like to express my gratitude to the President of the Republic of Turkey, Mr. Recep Tayyip Erdogan, today for his active participation in the political settlement of the conflict. One of the provisions of today's statement is the joint peacekeeping mission of Russia and Turkey. Thus, we are creating a completely new format of interaction in the region not only within the framework of the conflict settlement but also for future development. Because one of the provisions also stipulates the unblocking of all transport communications, which will benefit all countries of the region. Therefore, I sign this document today with a feeling of joy and a sense of pride, and I would like to congratulate the entire Azerbaijani people on this historic event. Thank you.

President Vladimir Putin: I think, as I said, that this will indeed benefit the interests of both the Armenian and Azerbaijani peoples. Russia, for its part, will do everything possible to ensure that all the positions reached during the negotiations between the three parties, the statement we are signing today, are implemented. Thank you.

President Vladimir Putin: I wish you all the best. I wish all the people, all peoples living in these territories all the best. I want to express hope that we have done a good deed and created good basic conditions for the progressive development of relations between all countries of this region for the benefit of the people living in these territories, for the benefit of the Azerbaijani and Armenian peoples. Thank you.

President Ilham Aliyev: Thank you again, Vladimir Vladimirovich. Thank you for your personal involvement, and I am sure that what happened today will go down in history as a very important historic date in the history of the peoples of Russia, Azerbaijan and Armenia. Thank you again.

President Ilham Aliyev: All the best. 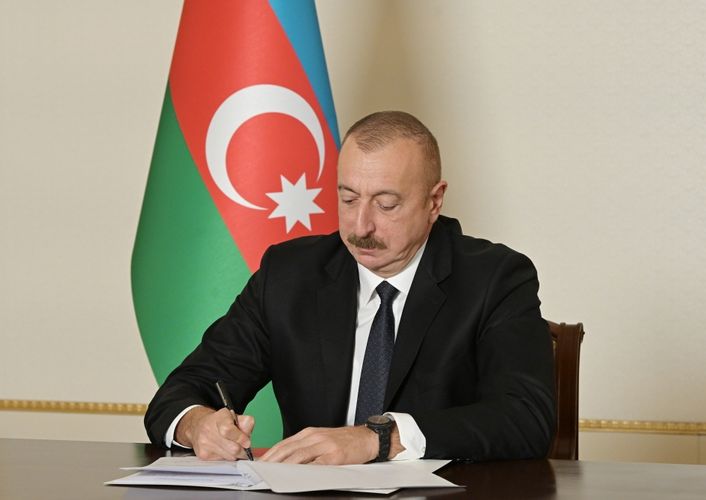 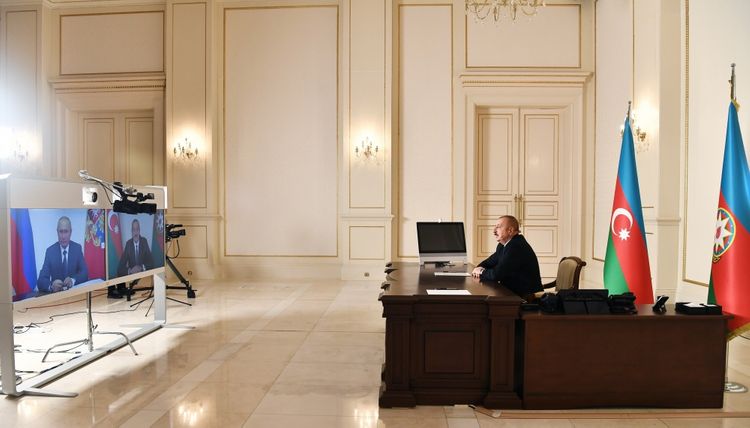