Governor of Oklahoma proclaimed May 28, as Azerbaijan Republic Day in the State of Oklahoma 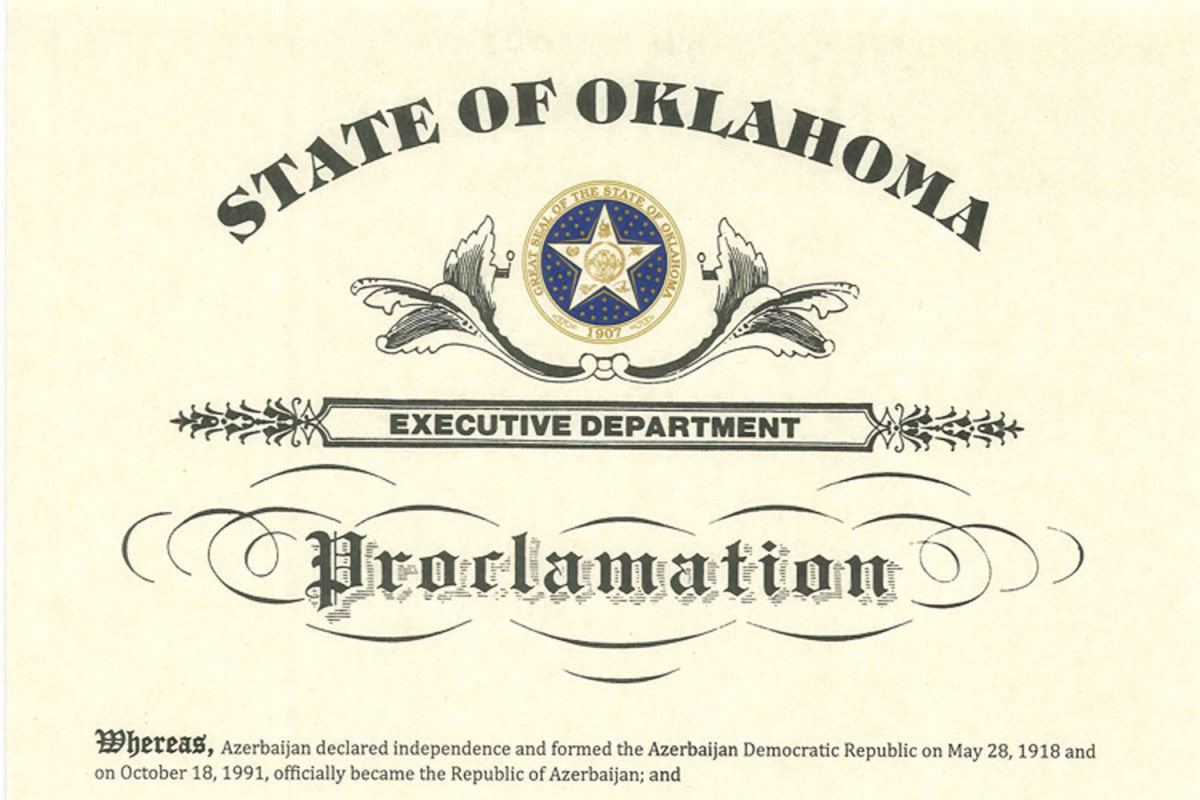 Governor of Oklahoma Kevin Stit proclaimed May 28, 2021, as Azerbaijan Republic Day in the State of Oklahoma, APA reports quoting the Embassy of Azerbaijan in the United States.

Proclamation reads that Azerbaijan declared independence and formed the Azerbaijan Democratic Republic on May 28, 1918 and on October 18, 1991, officially became the Republic of Azerbaijan:

"Whereas, in 2021, The Republic of Azerbaijan commemorates eighteen years of partnership with Oklahoma through the Oklahoma National Guard and the State Partnership Program, linking commonalities in economy, oil, natural gas, and agriculture; and

Whereas, in 2021, the Republic of Azerbaijan commemorates twenty-seven years of partnership with the North Atlantic Treaty Organization and has provided unwavering support and assistance to the United States in the fight against terrorism; and

Whereas, Azerbaijan enacted numerous progressive administrative transformations by acknowledging the significance of women’s role and rights and was the first Muslim majority nation in the world to grant women the right to vote; and

Whereas, the Republic of Azerbaijan and the United States share a commitment to diversify energy supplies and promoting regional security; and

Whereas, Azerbaijan’s commitment to peace, prosperity, security and stability has projected themselves as a leader within the region. Azerbaijan’s leadership contributes to energy diversification, agricultural investment, exploration, and opportunity. Azerbaijan is a great friend, ally and partner of Oklahoma," reads the proclamation. 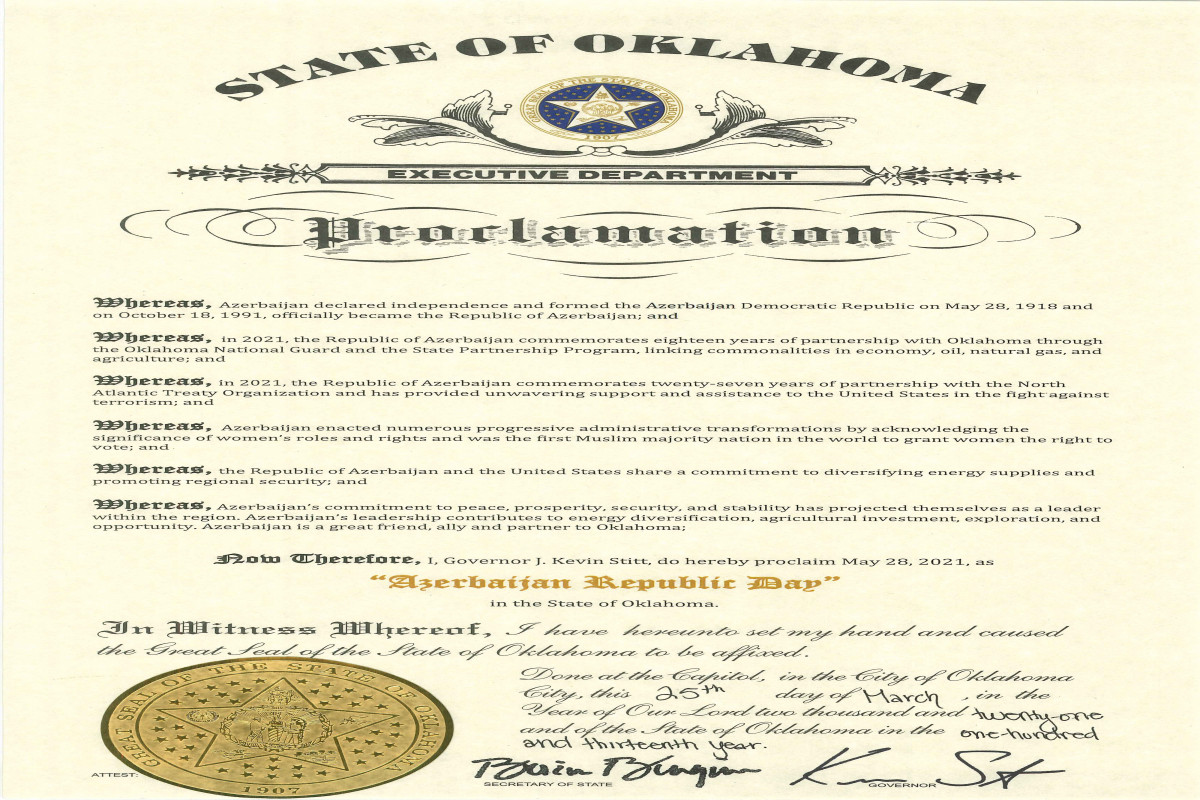