UK's Johnson says there is no alternative to lockdown 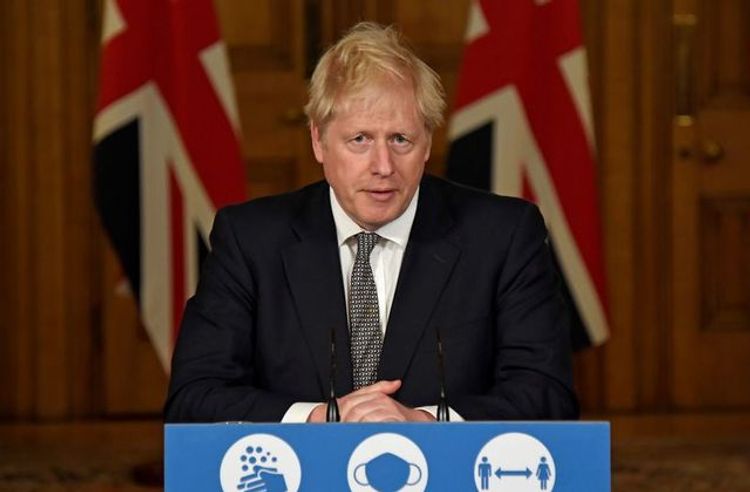 British Prime Minister Boris Johnson will on Monday say there is no alternative but to lock down England as lawmakers prepare to vote on measures to contain a second wave of the COVID-19 pandemic, APA reports quoting Reuters.

After resisting calls for a new national lockdown for most of last month, Johnson announced on Saturday that restrictions across England will begin after midnight on Thursday and last until Dec. 2.

The United Kingdom, which has the highest official COVID-19 death toll in Europe, is grappling with more than 20,000 new cases a day. Scientists have warned a worst-case scenario of 80,000 dead could be exceeded this winter.

“Models of our scientists suggest that unless we act now, we could see deaths over the winter that are twice as bad or more compared with the first wave,” Johnson is expected to say, according to his office.

“Faced with these latest figures, there is no alternative but to take further action at a national level.”

Britain has reported 46,717 COVID-19 deaths - defined as those dying within 28 days of a positive test. A broader measure of those with COVID-19 on their death certificates puts the toll at 58,925.

Essential shops, schools, and universities in England will remain open but pubs and restaurants will be shut apart from for takeaways. Outbound international travel will be discouraged except for work and non-essential retail will close.

Lawmakers will vote on these measures on Wednesday and the opposition Labour Party has offered its support.

The rest of the United Kingdom - Scotland, Wales and Northern Ireland - have their own lockdown policies and enacted tougher health restrictions last month.

Cabinet minister Michael Gove on Sunday said England’s lockdown could be extended beyond Dec. 2 if necessary, but Johnson will tell lawmakers that an extension is not the plan.