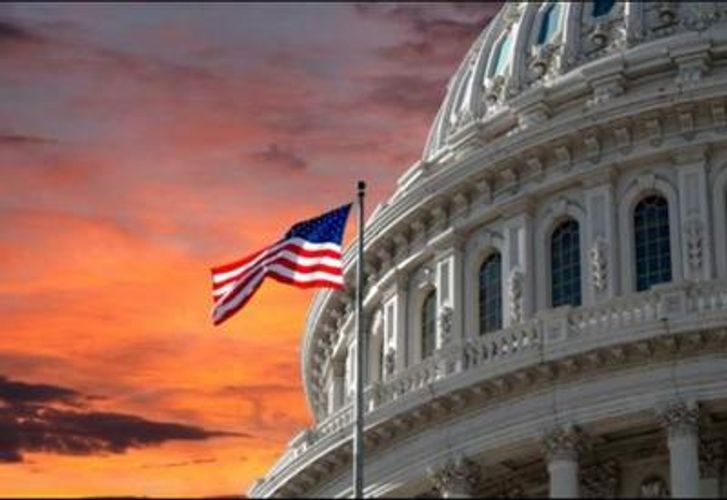 On July 20, the US House of Representatives passed an amendment to the “National Defense Authorization Act (NDAA)” upon the initiative by Rep. Steve Chabot (R) and Rep. Steve Cohen (D). What does this amendment mean?

In short, this act, i.e. NDAA regulates the foreign financial operations of the US Department of Defense by the Congress.

It should be noted that there are two such laws in the United States - the “National Defense Authorization Act” (NDAA) and the “Appropriations to the Department of Defense” (DOD).

In recent years, financial assistance to Azerbaijan has increased and it could be observed from the statistics of this assistance provided by the United States to the South Caucasus region. If earlier the assistance to our country was up to 3 million USD, in 2018 it was 58.6 million USD, and in 2019 it was 42.9 million USD.

At the same time, 100 million USD was provided to border guards of Azerbaijan within the “Caspian Guard” program by the US between the years 2018-2019. The assistance was intended to enhance border security, prevent and protect against terrorism threats, prevent the spread of weapons of mass destruction, and intensify the fight against drug trafficking, human trafficking and other transnational threats.

Let's return to the “National Defense Authorization Act” (NDAA) for fiscal year 2021. The fact that the US sanctions against the People’s Republic of China and Russia were implemented through NDAA, proves that this act has significant importance. For example, the restrictions on the activities by the Chinese company “Huawei” in the United States and the sanctions imposed on companies in the construction of “Nord Stream 2” pipeline project from Russia to Germany were adopted within the framework of the NDAA. This latest decision identified the occupying states and victims of the occupation in the region.

It should be noted that these changes are the biggest blow to the Armenian diaspora and Armenia in the history of US parliamentarians. It is no coincidence that the Armenian diaspora and lobby groups in the United States continue to protest that the decision by increasing pressure on Congress. We can also include the protest by English-language mass media resources, which are close to Armenians.

Thereby, as a result of the amendment to the NDAA, Armenia is once again mentioned in the document as an occupying power and the return of IDPs to their native lands is required Amendment No. 296, which calls the Secretary of State to submit a report to Congress in coordination with the Secretary of Defense on the citizens of Moldova, Georgia, and Azerbaijan, who became displaced and killed in the occupied territories confirms military aggression by the Republic of Armenia against Azerbaijan. The amendment provides for a joint report to Congress by the US State and Defense Departments on the displacement and death of people from the occupied territories.

This document is one of the international documents proving the occupation of Azerbaijani lands. Accordingly, from the UN Security Council resolutions to the decisions and resolutions adopted by individual states and international organizations, made statements and, finally, the amendment adopted by the US Congress on July 20 (amendments to the NDAA) in favor of Azerbaijan not only strengthening Baku's position in this conflict, but also capacitates Baku the right to liberate the occupied territories by use of force. This means that Armenia is and will be unequivocally recognized as an aggressor, both in the negotiations and in the use of weapons.

Today, the territorial integrity and sovereignty of Azerbaijan are supported by all international organizations such as the European Parliament, the Organization of Islamic Cooperation, the Non-Aligned Movement, which’s 120 Member-States recognized Armenia as an occupant and absolute majority of individual states.

That is, one of the countries of the OSCE Minsk group recognized Armenia as an occupier.

At the next stage, official Baku expects from the State Duma of the Russian Federation to continue such kind of initiative and take a similar step reflecting the fact of occupation.

Chairman of the Baku Club of Political Scientists