Victim: In Shusha prison they gouged out my eye with the participation of L. Mkrtichyan and A. Khosrovyan 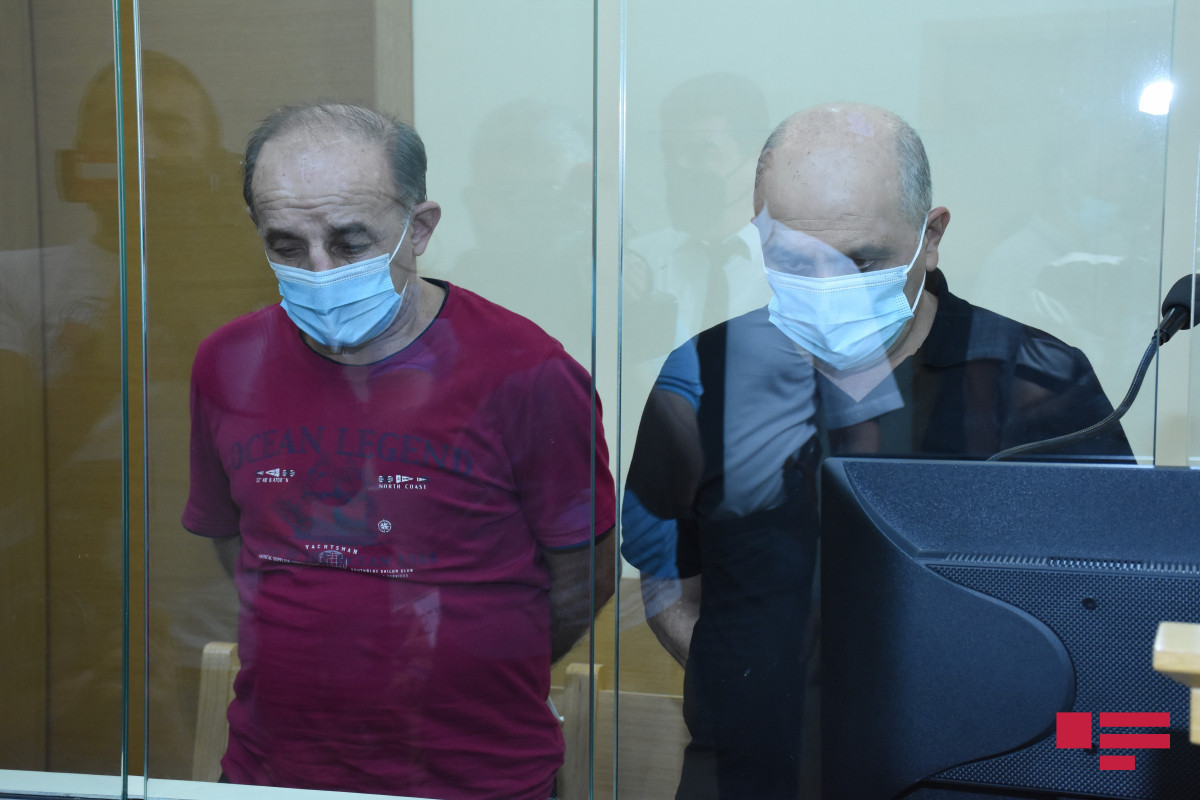 The trial continues on the criminal case of Armenian militants Mkrtichyan Ludvik Mkrtichovich and Khosrovyan Alesha Aramaisovich, who tortured Azerbaijani prisoners during the First Karabakh war and committed other crimes, APA reports.

In the administrative building of the Yasamal District Court, during the trial chaired by the judge of the Baku Military Court Elbey Allahverdiyev, the documents on the case were examined.

The victim Babayev Kamil Idris oglu confirmed the testimony given by him during the preliminary investigation.

Answering the victim's questions, the accused Ludvik Mkrtichyan said that in July-August 1993 he was in Hadrut and Sugovushan and for one month he participated in the war. The victim said that L. Mkrtichyan had been in Shusha prison since 1992.

Another victim, Famil Aliyev, said that during the preliminary investigation he did not recognize them by their names: “I was asked if I know Alyosha Khosrovyan and Ludvik Mkrtichyan? I said that I do not know these people. Then they showed the photographs, I recognized "Lyokha" and "Lyosha". I was told that these persons are Alyosha Khosrovyan and Ludvik Mkrtichyan. And I knew them as "Lyokha" and "Lyosha".

Another victim, Habib Kazimov, said that when he was in captivity, the accused tortured him: "Years later during the investigation, I recognized these people by their cruel appearance."

The victim Javid Huseyn noted that, despite the fact that 28 years have passed, he has not forgotten how he was tortured: “Every day this picture comes to life before my eyes. When they showed us the photographs, they said it was Mkrtichyan Ludvik. I said it was Lyokha. I recognized him by a black speck under his eye. There he was sometimes called "Ludwik". We reported them to the investigation many years ago. When they took Khosrovyan into the room, I asked him “did you recognize me?”, And he, bowing his head, admitted that he did. Then I told them that the time will come and you will answer before us."

J. Huseyn noted that in the Shusha prison they gouged out his eye with the participation of L. Mkrtichyan and A. Khosrovian: “In 1995, at the opening ceremony of the monument to the“ national hero ”of Armenians, Johan, they broke my head with an iron pipe. Then they beat me and tied me to an iron bar. Ilham Gurbanov, who was then in captivity with us, betrayed me, saying that I was a tanker during the war. Therefore, they brought me to the Shusha prison and there they gouged out my right eye. They said that I was aiming with my right eye, so I need to gouge my right eye out. Ilham Gurbanov, who betrayed us, is now serving a life sentence in prison. "

The judge invited the parties to complete the judicial investigation. The prosecutor said he would express his attitude to this issue at the next trial.

The process will continue on 28 July.