Mexico says it made OPEC+ oil-output cuts deal with Trump 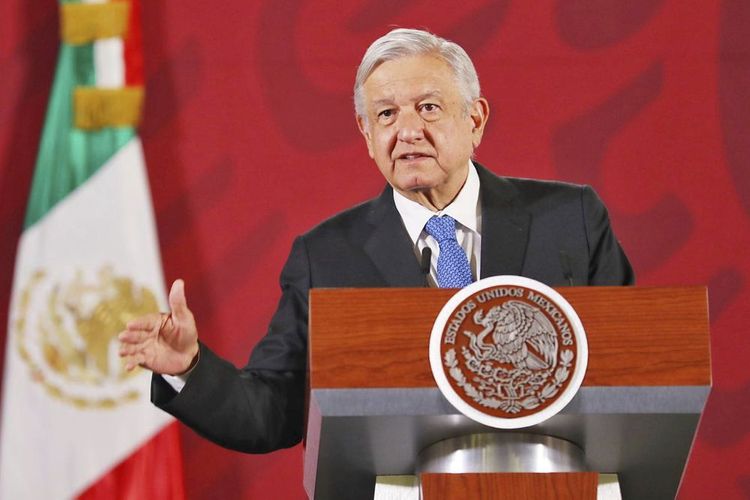 Mexico said it has reached an oil-production cuts agreement with OPEC+ after an intervention from U.S. President Donald Trump resolved an overnight impasse, although it was unclear whether Saudi Arabia had accepted the proposal, APA reports citing Bloomberg.

Speaking at a press conference on Friday morning, Mexican President Andres Manuel Lopez Obrador said he and Trump reached an accord on a level of production cuts that was more acceptable than the 400,000 barrel-a-day reduction proposed by OPEC+ on Thursday.

Separately in Moscow, Kremlin spokesman Dmitry Peskov told reporters that President Vladimir Putin considers the OPEC+ deal to be fully agreed and regards it “very positively.” However, delegates from the Organization of Petroleum Exporting Countries said they were unaware of the terms of the deal to which Mexican leader was referring.

All of that was in doubt on Thursday night after Saudi Arabia made the whole deal dependent on Mexico’s participation, despite the country’s refusal to cut as deeply as required. The kingdom’s energy minister, Prince Abdulaziz bin Salman, was pinning an accord to remove more than 10% of global production from the market on an argument about a few hundred thousand of barrels, but he was determined that the burden of cuts must be shared as widely as possible.

When asked about Mexico’s refusal to significantly reducing its oil production, Lopez Obrador said Trump had given him assurances that the country can make a smaller curb.