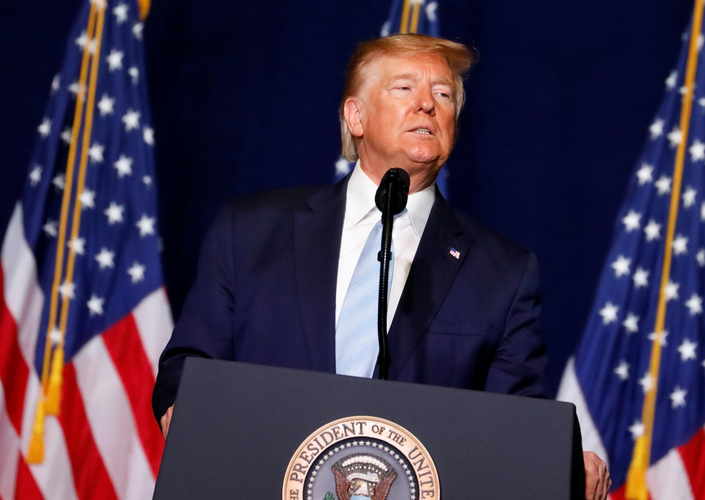 U.S. President Donald Trump said on Sunday he did not expect North Korean leader Kim Jong Un to break his promise about denuclearization, but conceded that he might, APA reports quoting Reuters.

Kim Jong Un said last week there were no longer grounds for Pyongyang to be bound by a self-declared moratorium on intercontinental ballistic missile and nuclear bomb testing and that a “new strategic weapon” would be introduced in the near future.

“I don’t think he’d break his word to me, but maybe he will,” Trump told reporters aboard Air Force One as he returned to Washington after a two-week stay in Florida.

Last month, Pyongyang warned Washington of a possible “Christmas gift” after Kim gave the United States until the end of the year to propose new concessions in talks over his country’s nuclear arsenal.

Speaking with reporters last week, Chairman of the Joint Chiefs of Staff General Mark Milley said the alert status of American forces was at a sufficient level to respond to anything that happens and military defensive capabilities were adequate to defend the United States.