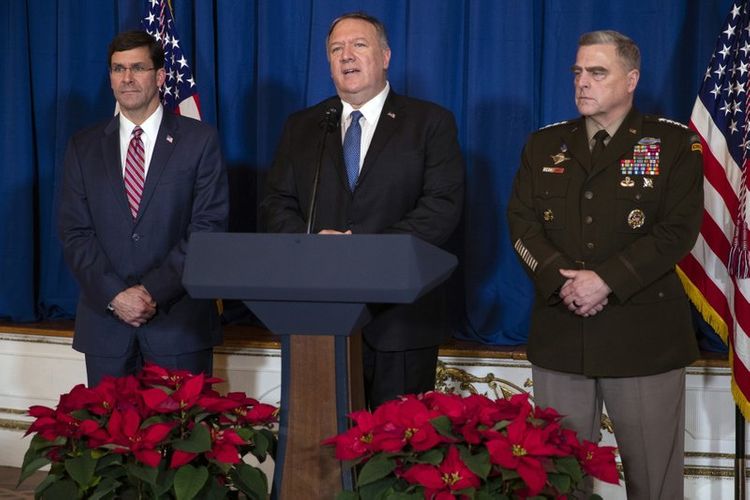 The United States plans to designate an Iranian-backed Iraqi militia as a foreign terrorist organization, the State Department said on Friday, accusing the Asaib Ahl al-Haq group of being a violent proxy of Tehran, APA reports quoting Reuters.

The announcement in a statement from the agency followed a U.S. air strike early on Friday in Baghdad that killed Iran’s most prominent military commander, Qassem Soleimani. The attack was a dramatic escalation of tensions between Washington and Tehran, for which Iran has promised vengeance.

The State Department also said on Friday that it had designated Qais al-Khazali, leader of Asaib Ahl al-Haq, and his brother Laith al-Khazali, another leader of the group, as specially designated global terrorists.

U.S. Secretary of State Mike Pompeo said in the statement that the militia group and its leaders “use violence and terror to further the Iranian regime’s efforts to undermine Iraqi sovereignty.”

The designations freeze any U.S.-related assets of the group and the two leaders, generally prohibit Americans from doing business with them and makes it a crime to provide support or resources to Asaib Ahl al-Haq.

The State Department said the Asaib Ahl al-Haq militia is “extensively funded and trained” by Iran’s Islamic Revolutionary Guard Corps Quds Force, which was commanded by Soleimani, and has claimed responsibility for more than 6,000 attacks against the United States and coalition forces since its creation in 2006.

The designations reinforce sanctions imposed on the two militia leaders last month. The U.S. Treasury Department sanctions froze any of their U.S. assets and prohibited Americans from doing business with them, over their alleged roles in killings of anti-government protesters in Iraq.