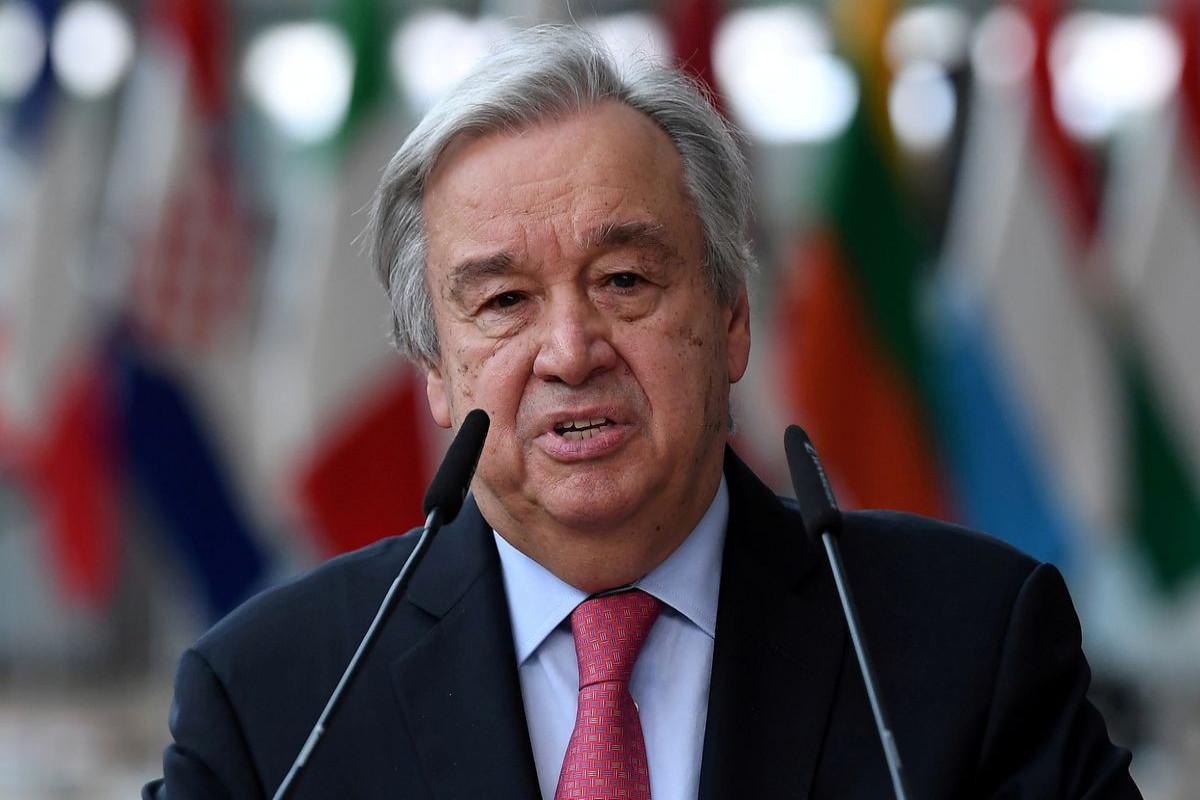 U.N. Secretary-General Antonio Guterres has appealed to U.S. President Joe Biden's administration to lift or waive all sanctions on Iran as agreed under a 2015 deal aimed at stopping Tehran from developing a nuclear weapon, APA reports quoting Reuters.

In a report to the U.N. Security Council, Guterres also urged the United States to "extend the waivers with regard to the trade in oil with the Islamic Republic of Iran, and fully renew waivers for nuclear non-proliferation projects."

"I appeal to the United States to lift or waive its sanctions outlined in the plan," said Guterres, who also appealed to Iran to return to full implementation of the deal.

The 15-member council discussed on Wednesday the secretary-general's biannual report on the implementation of a 2015 resolution that enshrines the nuclear deal between Iran, the United States, France, Britain, Germany, Russia and China.

Guterres' appeal to Washington comes amid talks to revive the deal - known as the Joint Comprehensive Plan of Action - under which Iran accepted curbs on its nuclear program in return for a lifting of many foreign sanctions against it.

"The last few rounds of discussions in Vienna have helped to crystallize the choices that need to be made by Iran and by the United States in order achieve a mutual return to compliance with the JCPOA," deputy U.S. Ambassador to the United Nations, Jeffrey DeLaurentis, told the Security Council on Wednesday.

The European Union is coordinating the Vienna talks and EU Ambassador to the United Nations, Olof Skoog, told the Security Council the EU was encouraged the United States had "expressed readiness" to lift sanctions tied to the nuclear deal.

But Skoog warned: "It is clear that time is not on our side and that what might be possible still today may prove impossible in the near future. We have a limited diplomatic window ahead of us that we should not miss."

Former U.S. President Donald Trump abandoned the pact in 2018 and reimposed harsh sanctions, prompting Tehran to start violating some of the nuclear limits in 2019.

Iran has refined uranium up to a purity of roughly 60%, far above the deal's limit of 3.67% and much closer to the 90% suitable for atom bomb cores, though it maintains that it seeks only civilian nuclear power and could quickly reverse its moves if Washington rescinded sanctions and returned to the 2015 deal.