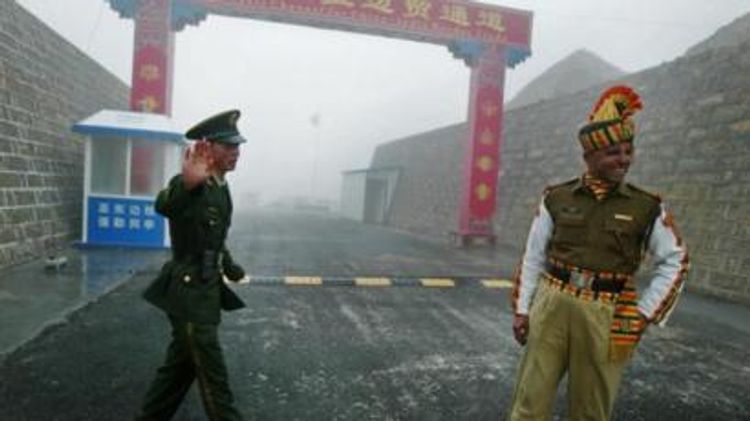 The three soldiers, including an officer, were killed in a heightened face-off with China along the LAC in the Ladakh area.

The clash took place during a “de-escalation process” in the Galwan Valley where the two armies have been engaged since early May, according to the Indian army.

It is the first time since 1975 that China and India have engaged in a fatal military clash along the de facto border between the two countries.

Border skirmishes between China and India started May 5 in the Galwan Valley in Ladakh, followed by another in the Nakula pass in India’s northeastern Sikkim province three days later.

“Stop all provocative actions, meet the Chinese side halfway and come back to the right path of solving disputes through talks,” Zhang said.

“China always owns sovereignty over the Galwan Valley region, and the Indian border defense troops are inconsistent with their words and seriously violated the agreements both countries have reached, the consensus made during the army commander-level talks and harmed the relations of the two militaries and the feelings of the two countries' peoples.”

The Chinese military claimed sovereignty over the valley which is part of the disputed Jammu and Kashmir region and currently under the control of India.

But China and India have not clearly marked the boundary which divides the two countries that is the LAC and not an International Boundary (IB).

Earlier Tuesday, China’s Foreign Ministry said it lodged a “strong protest and solemn representation to the Indian side,” urging it to “strictly restrain its frontline troops according to the consensus, and not cross the borderline and make any unilateral movement that could complicate the border situation.”