Pentagon chief lands in Afghanistan ahead of Taliban accord signing 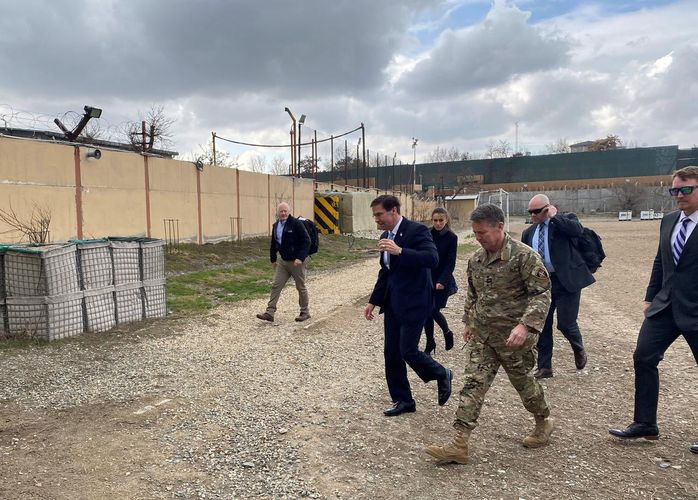 U.S. Defense Secretary Mark Esper arrived in Kabul on Saturday, in a move officials and experts said was aimed at reassuring the Afghan government about the United States’ commitment to the country ahead of an expected accord signing between Washington and the Taliban in Qatar, APA reports citing Reuters.

The historic agreement, which is set to be signed in Doha by U.S. special envoy Zalmay Khalilzad and representatives of the Taliban, is expected to see an initial withdrawal of troops from Afghanistan and eventually all troops if conditions are met, which could take well over a year.

While Khalilzad will be in Doha to sign the accord, Esper is expected to meet Afghan President Ashraf Ghani in Kabul.