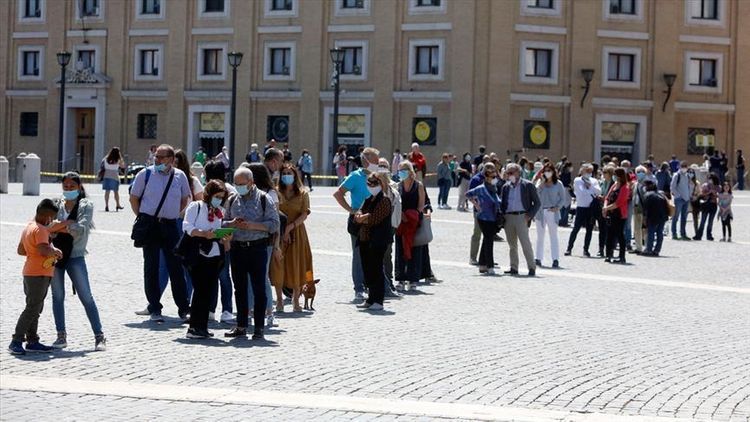 The slowing trend in deaths in May continued into mid-June, suggesting that the worst of the pandemic has been left behind.

The tally of active infections again fell on Thursday, with a decline of 824 that cut the total to 23,101.

Meanwhile, recoveries continued to rise, climbing above the 180,000 mark.

The northern Lombardy region remains the worst-hit as the number of confirmed fatalities there is now 16,516 -- almost half the nationwide tally -- with 216 new cases reported over the last 24 hours.

Health and political authorities, however, continue to urge precaution, as a possible second wave of contagion cannot be ruled out.

They slammed the mass celebrations that followed Naples team’s victory against the arch-rival Juventus on Wednesday night, when Napoli supporters took to the streets of the southern city ignoring the main social distancing rules.

Napoli claimed the Coppa Italia after beating Juventus 4-2 on penalties. This was the first title assigned after a three-month break imposed to the Italian football season due to the coronavirus pandemic.

Thousands of Napoli fans invaded the city’s central piazzas after the match, chanting in large groups and wearing no protective face masks.

He also compared Naples’ celebrations to the Champions League match between Atalanta and Valencia, which took place in Milan last February and is believed to have played a major role in the early stages of the outbreak.

"We can't afford anything like that … It's painful to see those images," Guerra added.