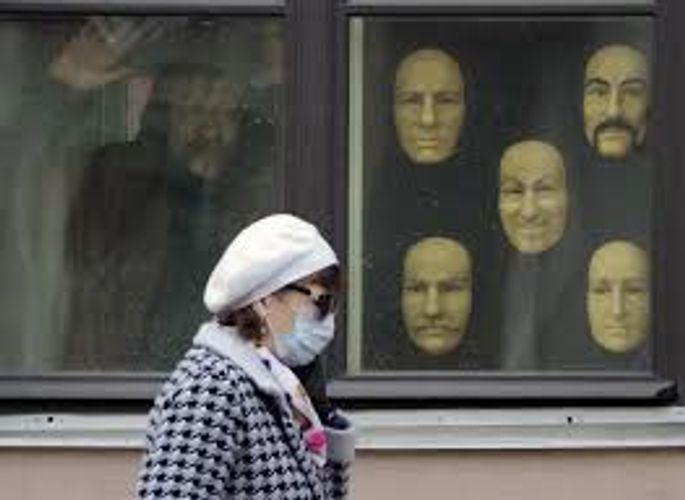 Russia’s coronavirus case tally surged to 177,160 on Thursday after a record daily rise in infections, meaning it now has the fifth highest number of registered cases in the world and more cases than in Germany or France, APA reports citing Reuters.

The number of new cases of the novel virus jumped by 11,231 in the last 24 hours, the country’s coronavirus taskforce said.

More than half of all cases and deaths are in Moscow, the epicentre of Russia’s outbreak, which on Thursday reported a record overnight increase of 6,703 new cases.

Russia’s official death toll, which remains far lower than in many countries, rose to 1,625 after 88 people died overnight, the taskforce said.

Sergei Sobyanin, Moscow’s mayor, said on Wednesday that confirmed cases were rising in the capital because authorities had sharply increased testing and that the situation had actually somewhat stabilised.

Russia says it has carried out more than 4.8 million coronavirus tests.

President Vladimir Putin on Wednesday backed a plan put forward by Sobyanin to gradually begin lifting some lockdown restrictions after May 12, allowing for instance certain industrial facilities to begin working.

Moscow and other Russian regions are in their sixth week of a lockdown.

The capital’s residents have been told to stay at home except in certain circumstances such as going out to buy food and medicine. They must obtain a digital permit to travel anywhere by public or private transport.

Russia’s relatively low death rate has prompted some Kremlin critics to suggest the authorities may be covering up the real toll of the outbreak by failing to correctly identify coronavirus deaths as such.

The authorities deny those allegations, pointing out that Russia’s coronavirus outbreak began later than in many other countries, allowing it to better prepare for the pandemic.

Russia now has the fifth largest number of cases in the world, according to a tally kept by the John Hopkins University in the United States.