An explosion in a German industrial park on Tuesday killed at least one person and injured 31 others, setting off a fierce blaze that sent a pall of smoke over the western city of Leverkusen. Four people were still missing, APA reports citing Reuters.

Emergency services took three hours to extinguish the fire at the Chempark site, home to chemicals companies Bayer and Lanxess, that flared up after the blast at 9:40 a.m. (0740 GMT), park operator Currenta said.

"We are deeply shaken by the tragic death of one colleague," said Chempark chief Lars Friedrich, adding that a search was underway for the four missing people.

"This is a tragic moment for the city of Leverkusen," said Uwe Richrath, mayor of the city, which lies north of Cologne.

The area and surrounding roads were sealed off for much of the day.

Police told residents living nearby to stay indoors and shut doors and windows in case there were toxic fumes. Currenta said locals should also turn off air conditioning systems while it measured the air around the site for possible toxic gases.

Chempark's Friedrich said it was not clear what had caused the explosion, which led to a fire starting in a tank containing solvents.

"Solvents were burned during the incident, and we do not know precisely what substances were released," Friedrich added. "We are examining this with authorities, taking samples."

Leverkusen is less than 50 km (30 miles) from a region hit last week by catastrophic floods that killed at least 180 people.

More than 30 companies operate at the Chempark site in Leverkusen, including Covestro, Bayer, Lanxess and Arlanxeo, according to its website.

Bayer and Lanxess in 2019 sold Chempark operator Currenta to Macquarie Infrastructure and Real Assets for an enterprise value of 3.5 billion euros ($4.12 billion).

The blast in Leverkusen has been declared an "extreme threat" by authorities and left at least sixteen people injured.

The explosion happened at 9.40am local time (7.40am GMT) and caused a fire at a fuel depot at Chempark, an industrial park for chemical companies including Bayer and Lanxess.

It is not yet clear what caused the explosion, Currenta added.

Police in nearby Cologne said they did not have any information about the cause or size of the explosion, but a large number of police, firefighters, helicopters and ambulances had been deployed to the scene.

Residents in the western German city have been asked to stay inside and keep their windows and doors closed, APA reports citing DW.

Operators of the chemical plant said it wasn't clear what caused the explosion.

Germany's Federal Office for Civil Protection and Disaster Assistance classified the explosion at the Chempark site operated by Currenta as "an extreme threat,'' according to Germany's dpa news agency.

Currenta said the explosion occurred at a tank farm that is part of its facility and that five employees were missing, two were seriously injured and several others were injured as well.

The Kölner Stadt-Anzeiger newspaper reported the incident occurred at a garbage incineration plant in the chemical park, located in the Bürrig neighborhood.

Police in Cologne tweeted that they were closing several motorways because of "major damage."

Firefighters and pollution detection vehicles have been dispatched to the scene.

Residents said the blast could be heard from some distance, with some reporting that the force of the explosion had rattled their windows.

It is unclear what caused the blast. 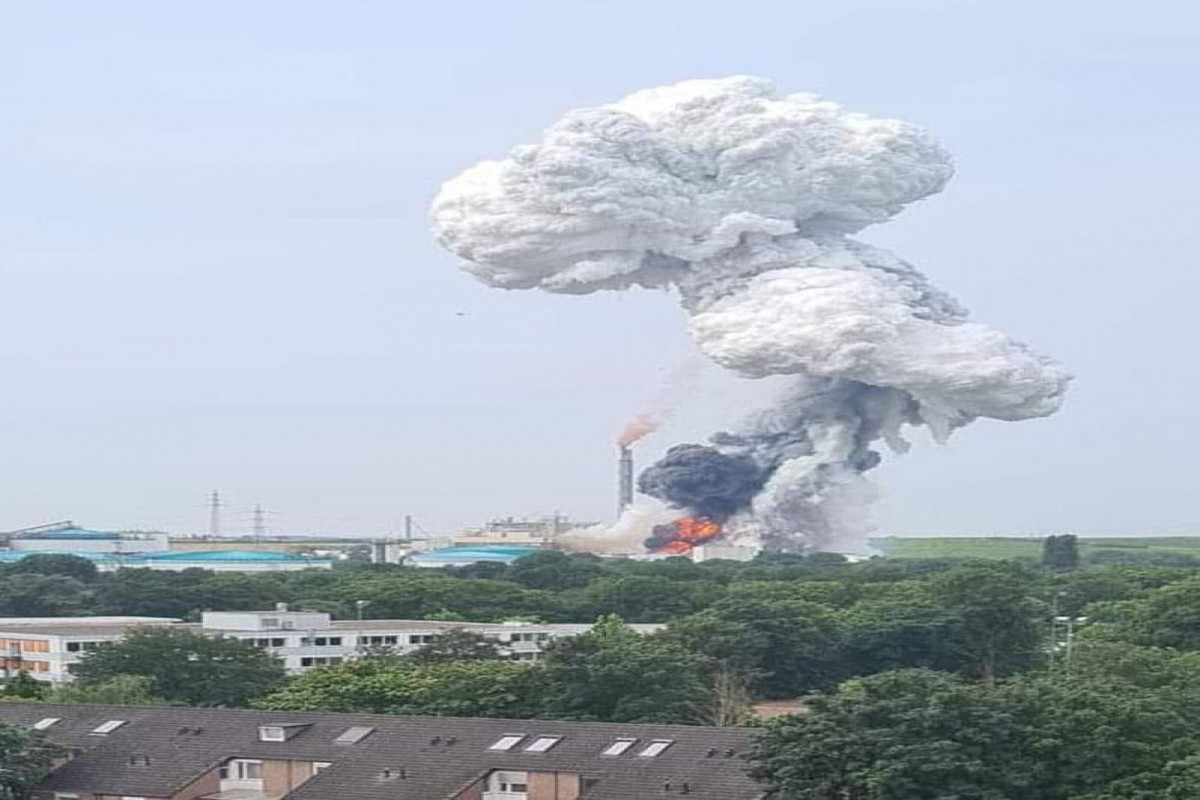